Sherry Cervi grew up in Marana, Arizona, where she now resides and runs her barrel racing business. A life-long equestrienne, Cervi qualified for her first NFR in 1994, and won world titles in 1995, 1999, 2010 and 2013. She’s qualified for the NFR an incredible 19 times, with career winnings to date exceeding $3.3 million. She currently has four horses in her competition string: MP Meter My Hay “Stingray,” Dash Ta Diamonds “Arson,” Easily Dashed “Sweet,” and MP Del Rey “Del Rey.” In addition to her own competition schedule, Cervi has developed and hosts the Sherry Cervi Youth Championships. 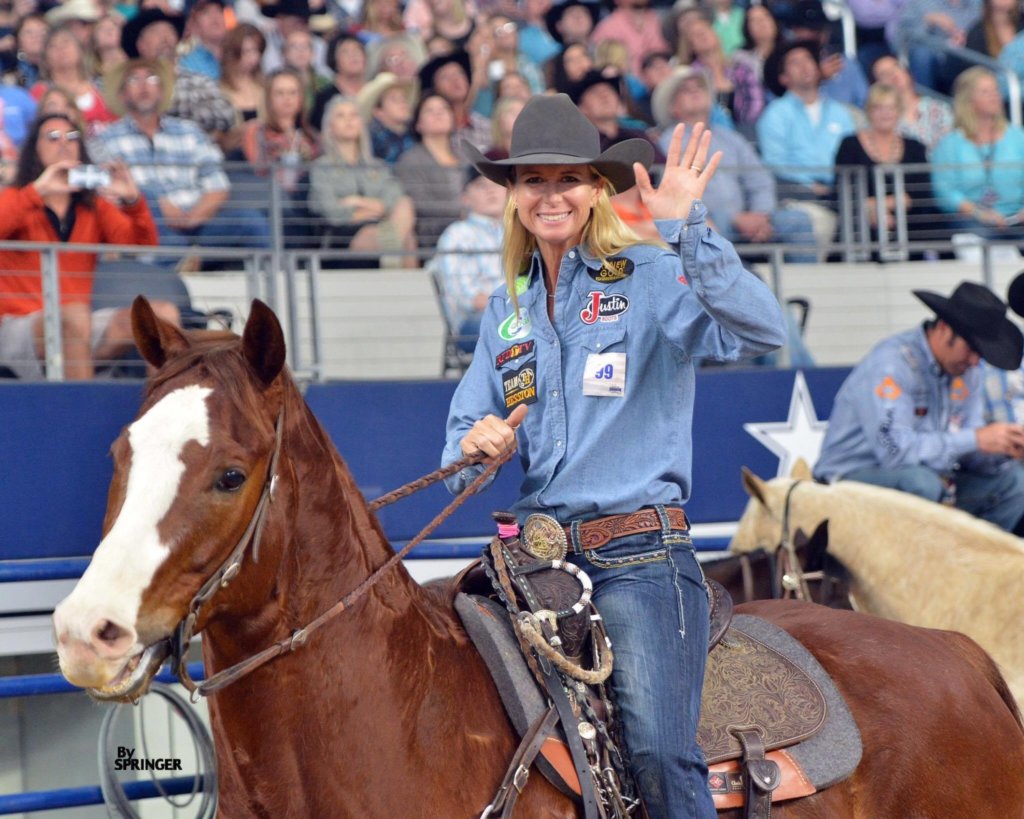 How would you define your style?

I’m pretty classic type of person – I don’t like a lot of flash, that’s not really me. I like classic clothes and a good clean look. I never leave the house without my Justin Boots, my Resistol hat, my

Resistol shirt, and obviously, my horse!

I love motivational quotes, and I’m always reading quotes and reading books on your mind and mental toughness. My parents were pretty strong – they always taught me, work hard, and that hard work will eventually pay off if you have faith in yourself and your ability. They might not work out as fast as you want them, but if you stay tough and stay focused, it will work out.

What’s your favorite competition venue to compete at?

I love [the Houston Livestock Show and Rodeo in] Houston, Texas. The atmosphere is amazing. You get to compete in front of a full house with 70,000 people. It’s an adrenaline rush. The fans are awesome, and the committee is awesome, and I love Houston, Texas.

What book do you read most often?

Mind Gym: An Athlete’s Guide to Inner Excellence is a great book. I’ll pick it up throughout the year, and any chapter you read, there’s something there. I’ve gotten it for people, and I wish I had gotten that book sooner.

My horse and my animals. I have two dogs and a cockatiel bird, Wallace, and they’re with me probably 99 percent of the time. I have a French bulldog, Stella, and a blue heeler, Ginger. I had a French bulldog for a long time named Frannie. She was the best bulldog ever, and Stella is probably the worst bulldog ever. Ginger, the blue heeler, is a little protective, and she’s very, very loyal. 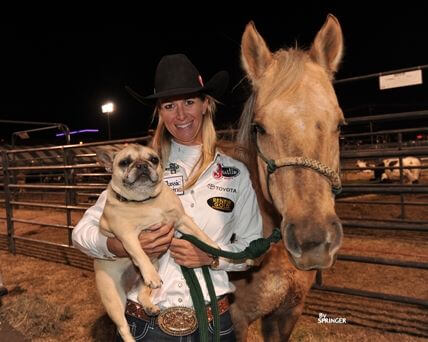