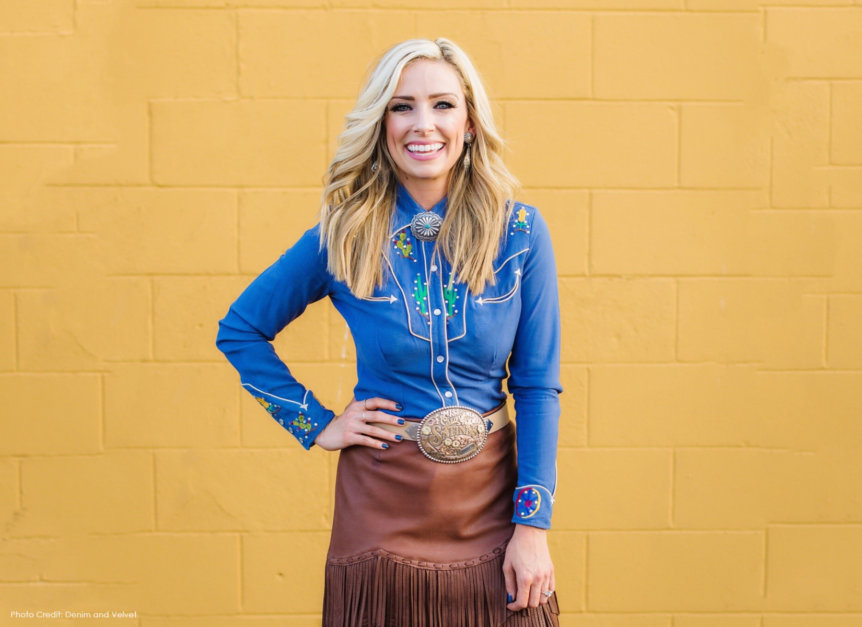 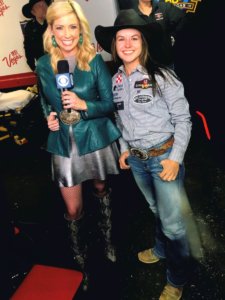 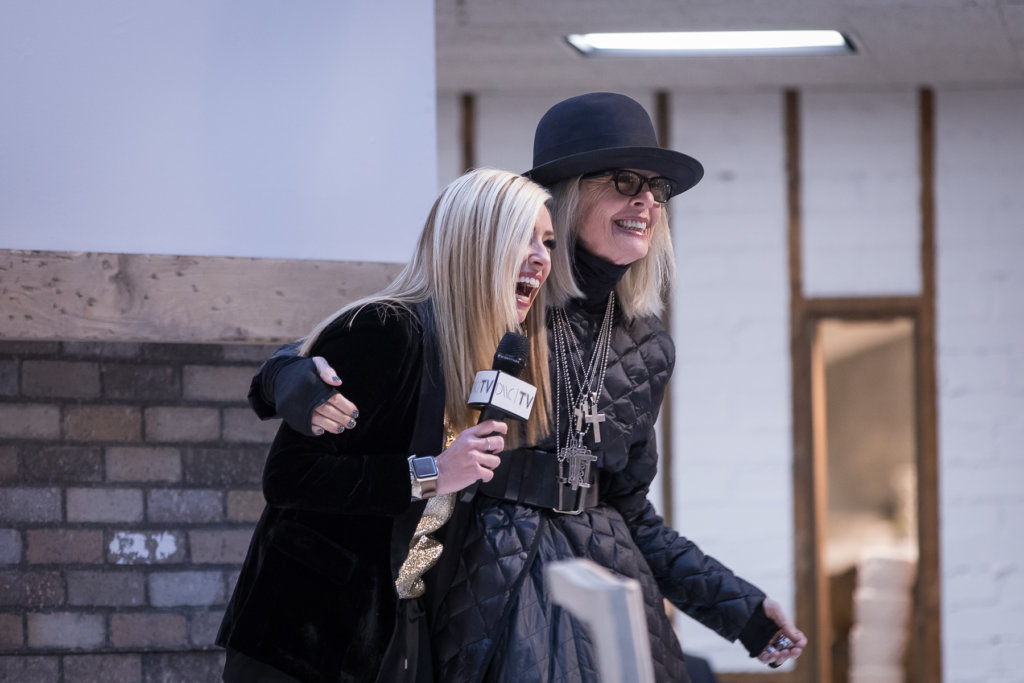 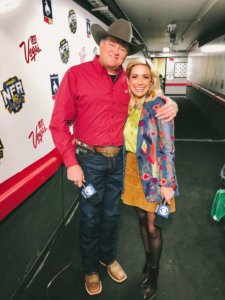 Following her reign as MRC, she received her BS degree in TV Journalism from San Jose State University, and quickly moved to Fort Worth, Texas. Kadee married Elliott Blair, a native Texan, in 2017, and is a pro-scout for the Texas Rangers MLB team. Both Elliott and Kadee share a passion for the western way of life and professional rodeo. Kadee continues to be involved with the sport of professional rodeo long after her reign as Miss Rodeo California. 2019 will mark her 8th consecutive sideline coverage of the sport’s super bowl, the National Finals Rodeo on CBS Sports. Kadee doesn’t take the opportunity for granted and considers herself lucky to be a small part of the TV team.

WesternWomen.com sat down with Kadee to ask her a couple of questions. 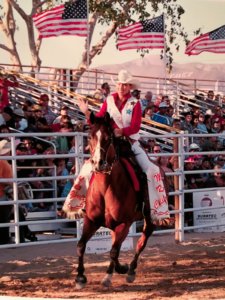 Kadee: Growing up on my family’s horse and cattle ranch in Clovis, California I learned at a young age about the importance of agriculture and the western way of life. I’m thankful for the opportunities I had through the years of queen competitions and representing my state as Miss Rodeo California 2007. Since then, I have pursued a career in TV and have been fortunate to report at some of the most prestigious rodeos and western events throughout the Country.

Kadee: It’s a sense of home and keeps me anchored in my roots.

Kadee: You have to work really hard, be persistent, network, build relationships, learn to be a team player, seek leadership, put in more time than you think you need to, find a mentor, don’t hang with negative people and above anything – you’ve got to believe in yourself and what you bring to the table.

Kadee: The ability to constantly challenge myself and set new goals personally and professionally. It’s easy to get too comfortable, and when that happens your growth becomes stagnant.

Kadee: Be your own biggest cheerleader!

What are you listening to/reading right now?

Kadee: Watch baseball with Elliott! I know more about baseball then I ever thought I would or cared to know! 😊 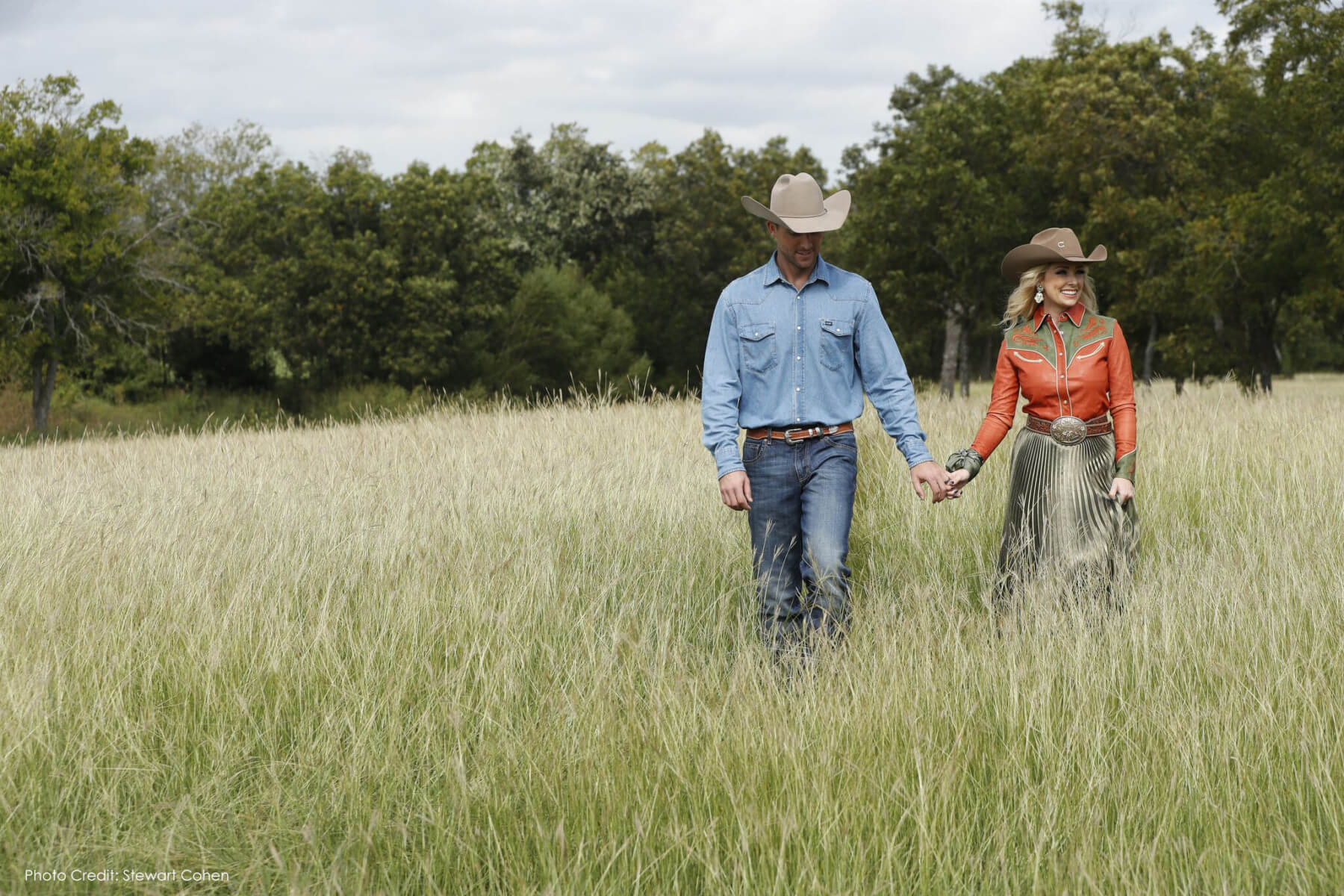