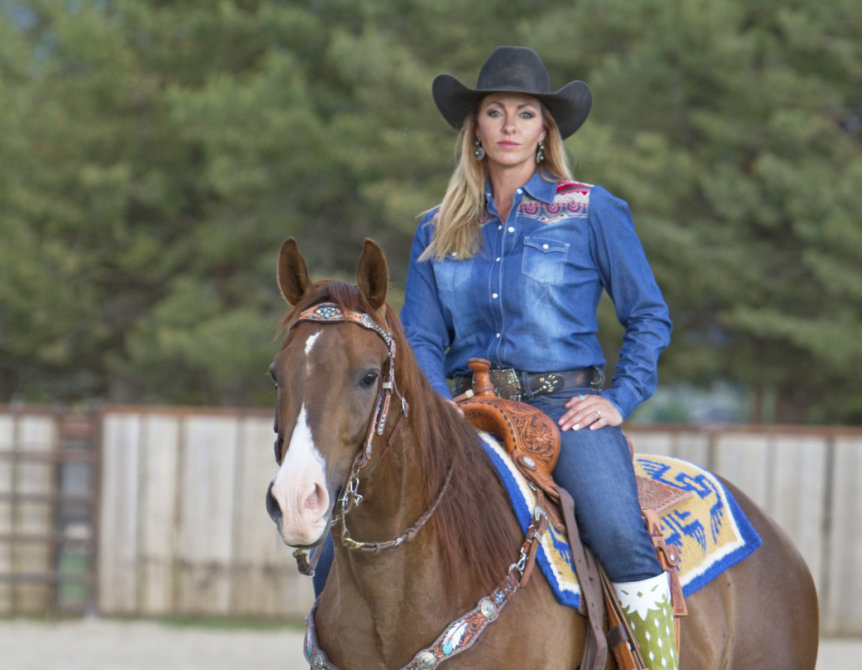 Jessie Telford grew up on a ranch in central Oregon just outside of Terrebonne. She started competing in Pee Wee rodeo at an early age and was quite 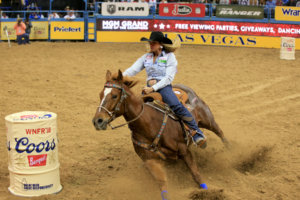 well known for her skill and ability. Jessie comes from a long line of Rodeo personalities. Her father is Dave Clark, is a successful team roper and steer roper and her Grandfather is PRCA Hall of Fame Member rodeo clown, Gene Clark. Jessie met her Husband Jake through mutual friends and they have been married for 16 years. They both train horses at a professional level at Telford Training Caldwell, Idaho. Their daughters Shawny (13) and Sierra (12) both compete in Junior High Rodeo and National Reined Cow Horse Association shows. Her husband, Jake, is quite an accomplished NRCHA trainer and open rider. He won the title of NRCHA World’s Greatest Horseman in 2012 on a horse named Shady Lil Starlight. He has also won 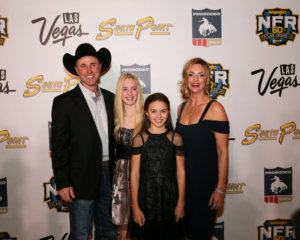 countless other titles in the NRCHA, several of them have the words World Champion in them. Jessie and Jake train 25 to 30 outside horses a year in addition to the horses which they own and compete with themselves. Jessie’s most notable horse is Famous Cool Whip “Cool Whip” a 7 -year old sorrel gelding she raised herself out of her high school and college rodeo mare Had A Kanita. She joined WPRA in 2015 and in 2018 qualified for the WNFR for the first time and followed that up in 2019 with her first invitation to The American. Jessie is more than a rodeo athlete. She is a cowgirl, a rancher, a trainer, a mother and a wife. She is a Western Woman.

WesternWomen.com sat down with Jessie to ask her a couple of questions. 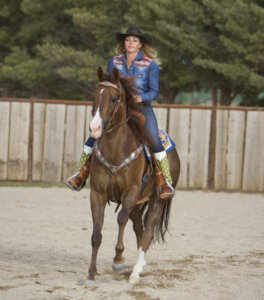 How would you define your style?

Jessie: Casual and classic, not one for the wild side.

Jessie: Never give up. Stay focused and determined.

Jessie: To never give up and keep on track for whatever goals you set to make you happy.

What’s your favorite competition venue to compete at?

Jessie: The since of family and friends and how small a world it is. Always knowing someone where you are, whether you’re in Florida or Idaho.

Jessie: My family, my kids.

Jessie: My horse and google maps. I MUST have both!

What are you listening to/reading right now?

Jessie: I listen to everything from country to hip hop.

Jessie: A glass of wine is pretty handy.