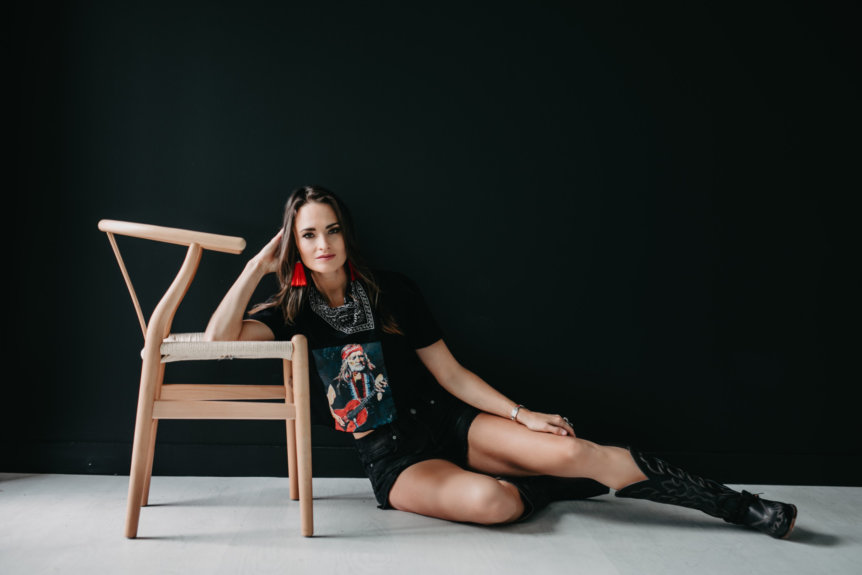 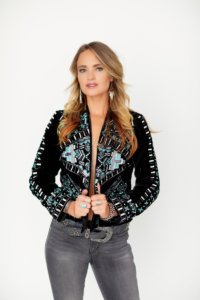 Texas-based artist Bri Bagwell has known that she wanted to be a musician from an early age. Born and raised in Las Cruces, New Mexico.

She left home to go to college in Austin, Texas. Graduating from the University of Texas with a marketing and management degree, she chose to continue pushing on and followed her dream to be a musician. In her words, “I’ve only ever wanted to be a singer-songwriter; since I was about three years old.”

Bri started her own band in Texas about 10 years ago after being on a TV show called CMT‘s Next Superstar.

She has continued on to win nine different Female Vocalist of the Year awards, and has had seven Number one songs on Texas radio stations; but, according to Bri, “All of that is way less important to me than the fact that I get to travel around and make my living playing my own music! I have four albums out, and blueprints for new music, and a new small house in New Braunfels, TX.”

Bri says, “Music is in my blood; immediate and distant family members play and sing, and my Grandma and Johnny Cash were second cousins. I blame my love for Jesus with a bit of a rugged side on that side of the family.  Ha! I come from a family of farmers and ranchers on both sides. I picked up the guitar more than the reins, but the country way of life has shaped who I am today and the music that I write.”

WesternWomen.com sat down with Bri to ask her a couple of questions. 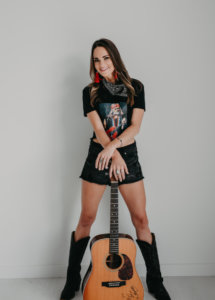 Bri: “Can I use the words, “New Texican?” Somebody called me that once since I am from New Mexico but have been living in Texas for 15 years. I might even name my next record that, but I think it also describes my style. A blend of the border town where I’m from, Las Cruces, and the boots and cowboy hat of a Texan. I love a serape scarf paired with bright red cowboy boots and a heck of a lot of turquoise.”

Bri: “Both of my parents grew up on farms in the “boot heel” of southern New Mexico, about 12 miles apart from one another.  They were high school sweethearts, and their stories of growing up on the farm are fascinating and tell of an honest and raw American lifestyle.  I grew up with some older horses, showed a lamb in the fair, my dad grew alfalfa, and I watched my uncles herd and brand cattle.  I was always on the outskirts of it if I was not in it.” 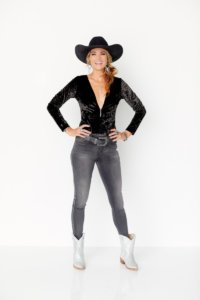 Bri: “Persistence outweighs talent and hard work, but you need all three.  You just gotta hang in there…”

Bri: “There’s been awards and things, but one time the legendary songwriter Dean Dillon (“The Chair,” “Tennesse Whiskey”) named me as one of his favorite up-and-coming songwriters.”

Bri: “People that truly love the western lifestyle are welcoming and non-judgmental. They would help you fix a flat on the side of the road, and they’ll build a campfire to sing songs around at night. It’s not an “I’m better than you at XYNZ“ kind of lifestyle. You are not excluded because you can’t rope well enough; you’re included because you love the smell of leather, and the way a cowboy and cowgirl still center around kindness.”

Bri: “When you are a true western woman, you are observed and looked up to. I can’t tell you the countless ladies I have admired from up close and from afar (when I’m lucky enough to be around them); I once watched the most beautiful, classy lady I have ever seen smiling and saddling her horse while whistling a Cowboy tune.  I wanted to know her; I wanted to BE her.  She didn’t know I was watching. So, maybe the best advice is to act like somebody is always watching while you saddle and whistle… and smile.”

Bri: “I love to unwind in the outdoors: Hiking. Boats of all sorts. Walks with my Chihuahua mix and rescue dog, Whiskey. Nature brings me answers when I have questions.”