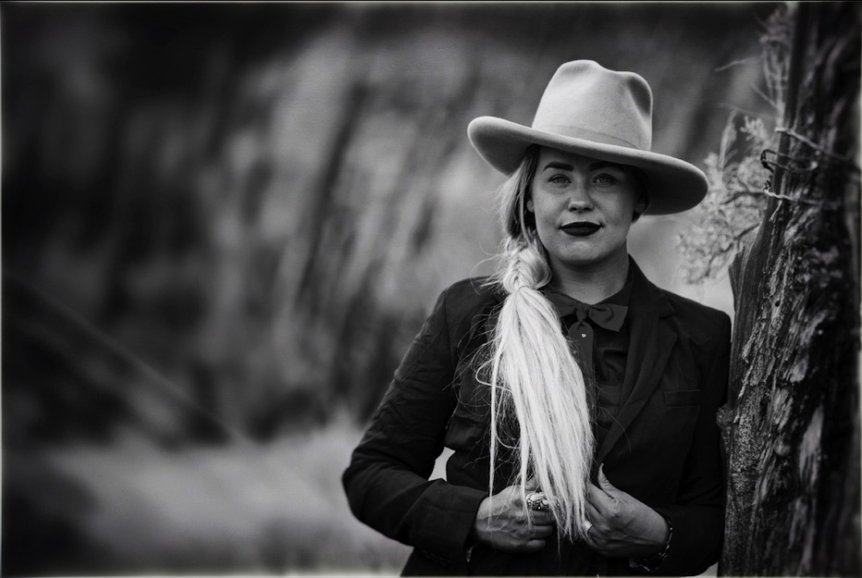 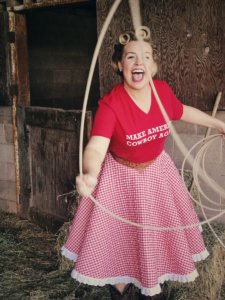 Adrian “Buckaroogirl” Brannan is force to be reckoned with. In her mid 20s she has obtained the titles of a western singer/songwriter, author, fashion designer, model, saddle-bronc rider, entrepreneur, and artist.

Growing up, Adrian lived all over the world with her family, but her oh so eventful life began on a ranch in Northern California. Thus began her life long love of the cowboy culture. Her music and her way of life is influenced by the true western lifestyle she has grown up surrounded by.

Her musical career began at the young age of 14, when she recorded her debut album Highway 80 and has skyrocketed from there. Proof of this comes with her recent release of her FOURTH album Desert Dwelling Mama, released this year. Her music is filled with her real life and the things she loves. Adrian even had the chance to audition on NBC’s The Voice, a popular tv singing competition. 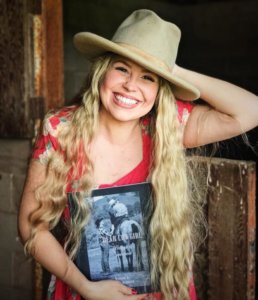 Being a domestic violence and sexual assault survivor, she finds that her music is a way to help others who have suffered from the same type of trauma and that it gives them a voice in the matter. Not only is Adrian making a difference with her musical career she strives to make a difference with her blog which she shares with her sister, Elizabeth. In her book “Dear Cowgirl”: Letters to Women, a comforting and assuring collection of letters to fellow domestic violence survivors, Adrian reminds her readers of their worth, their purpose, and the unyielding truth that no matter what-they are never alone.  “Dear Cowgirl is a letter, a reminder-that you are never alone. That you matter, and that you are so very loved.”

Adrian has recently graduated from American Military University with an International Relations major, where she focused on Middle Eastern languages and politics. She continues to travel and connect with young women through her weekly “Dear Cowgirl” posts on social media and her blog. Adrian aspires to preserve the true cowboy culture, as her family did, and pass on the traditions and lifestyle on to the next generation. Keep up with the Buckaroogirl HERE!

WesternWomen.com sat down with Adrian to ask her a couple of questions.

Adrian: It used to be super WILD style, but as I got a lil older and watched the fashion industry become something I’m not really “on board” with, I think it evolved into more of what I always WANTED to be. More 1940’s (My wardrobe is mostly now vintage) and old school. I’ve started just wearing what makes me feel the most like ADRIAN, and that’s a fun thing to realize is okay. 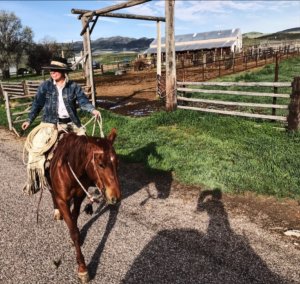 Adrian: I guess I feel a lil silly answering this, although I wasn’t raised on a RANCH as a RANCHERS daughter, I was raised by a cowboy and saddle maker, and a mom that adored the west and all that cowboyin and livestock offered. I think we were raised more like “western hippies with a classical touch” but that’s just me! 😉

Adrian: My dad the week leading up to my blind audition on NBC’s The Voice: “Crawl back into your mountain man self. Who is Adrian, you know who she is. Now go be her, and don’t apologize.” That was via text and I have a screenshot of it I save to remind myself through life to be ADRIAN. Even if that makes people uncomfortable. 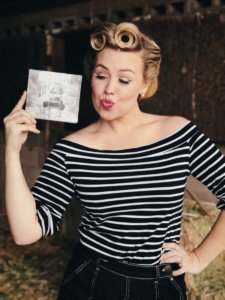 Adrian: Honestly? What I probably SHOULD say is that my new album Desert Dwelling Mama is charting on the Billboard charts right now. But what I REALLY deep down count as my greatest achievement is escaping an abusive relationship and saying that I was worth saving. I’ll say it again for the folks in the back “You are worth saving.” I’ve never regretted allowing myself to be helped, to escape and to grow and heal. Never.

Adrian: ROPING! Ok wait….ummm, sunsets horseback in the early morning! No, the kids…no, the people! No….umm…do I have to pick just one?!

Adrian: SING! I honestly unwind how I work…I write music and play the piano or guitar. OR I read (I’m a ridiculously huge reader) or work on one of the 296492093 projects I have going out of leather, wood or paper.

Adrian: Stop comparing. Stop trying to make your one life you’re given a “who’s cooler” competition and focus on being the best version of YOU that you possibly can be. Trust me it’ll change your life.