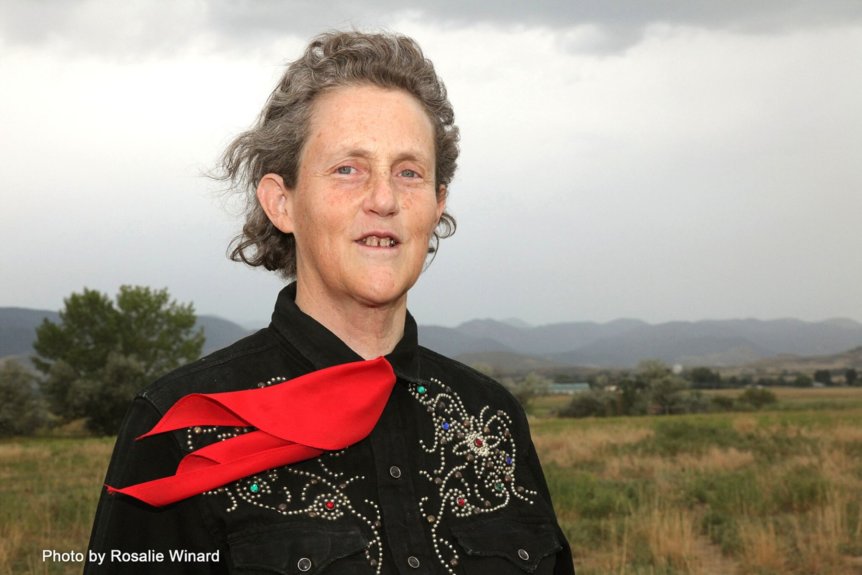 Dr. Temple Grandin is undoubtedly a treasure of our generation. A renowned expert on both autism and animal behavior, Temple is an author, speaker and professor of animal science at Colorado State University. Temple’s inventions have revolutionized the systems and facilities of meat-processing facilities worldwide—in fact, according to her site templegrandin.com, half of the cattle in the United States are handled in facilities she has designed. Her keen understanding of animal behavior and ability to conceptualize how to best minimize stress for those animals makes her contributions to the livestock industry invaluable. Diagnosed with autism as a child, Temple has shared through hundreds of articles and numerous books key insights to understanding the autistic brain.

Clare Danes starred as the professor in an Emmy Award-winning role in the 2010 film about her life, Temple Grandin. She’s been featured on numerous national television shows, she has a TED Talk, and she’s been featured in articles in major magazines. She was inducted into the Cowgirl Hall of Fame in 2010, and the American Academy of Arts and Sciences in 2016.

Temple is also well-known for her unique style–she is never without a beautiful embroidered Western shirt and cloth Western tie. She may dress it up fancy or keep it simple, but her signature decorated shirts are as constant as her passion for education. 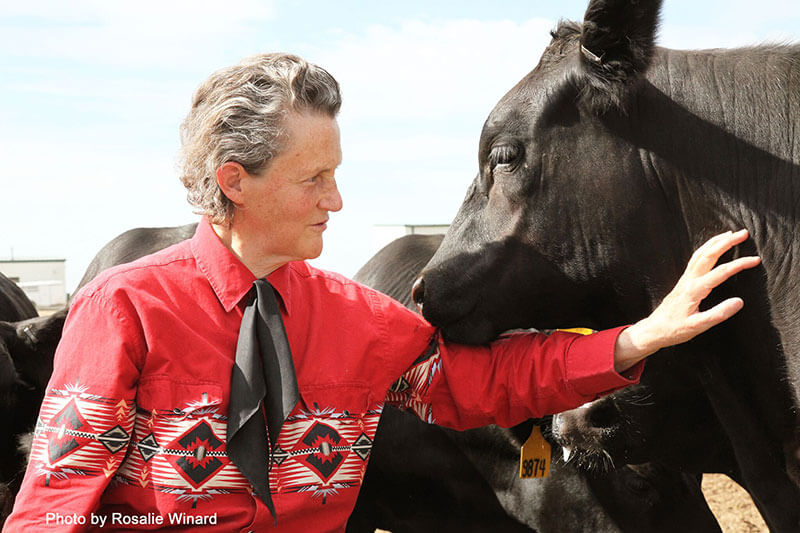 Here are a few thoughts from Temple:

Best piece of advice you’ve ever gotten?
Temple: It depends on the stage of my life. When I was in my twenties, I remember the plant superintendent at the Swift Plant where I had my internship said, ‘You’ve always got to keep persevering.’ You just have to keep working at things.

Moment you’ll remember forever?
Temple: Lots of people are looking for a single turning point in life. But lots of times, it’s a real steady step-by-step through life. In my 20s, one of the things that motivated me to work on those cattle projects was I wanted to prove to people that I was not mentally retarded, and I was not stupid. A lot of people thought I wouldn’t amount to anything. And I wanted to prove them wrong.

I’ll never forget the moment I was asked to design a dip vat by a cattle company. I said give me three weeks. Like Cheryl Samberg said in her book Lean In, a man will take a job when he’s at 60 percent competency, but a woman will only do it at the 90 percent level. When I said give me three weeks, I was at the 60 percent level, and the reason I said that was I had to get certain drawings. In the 70s, I had to get them in the mail. And then I picked up the horn, as we called the phone in those days, and I got a hold of those drawings. I visited every dip vat I could to measure it and photograph it. All of that took time. But I got it done. I jumped on that opportunity. I was just so happy when the dip vat project turned out well. It solved the problem of cattle drowning in dip vats. And that’s a moment I will always remember.

What do you count as your greatest achievement?
Temple: Most people think my greatest achievement is that I designed equipment. But the thing that made the biggest difference for the meat packing plants was a very simple scoring system I developed to evaluate the meat packing plants handling. Kind of like traffic rules for meat packing plants. It’s very objective. The trick was, figuring out which five things to measure. It was for the U.S. Department of Agriculture originally. Then in 1999 I worked with McDonald’s with their meat suppliers. In one year, I saw more change than I’ve ever seen in my life in the meat industry. They didn’t have to rebuild the plants, they merely had to repair the equipment they had, do a better job supervising their employees, put non-slip flooring in and make simple changes.

The other thing is getting feedback from my autism talks. I get emails from moms saying ‘My son is married and has a job now. Thanks for telling me to push him.’ When I get those, I think ‘Well, today I guess I’ve done more good than a I’ve done in a lot of things.’

I’ve got favorite big projects. I designed the center track restrainer system. For the meat industry, that’s probably the single most important piece of equipment. It’s used in every large beef plant in the world now. 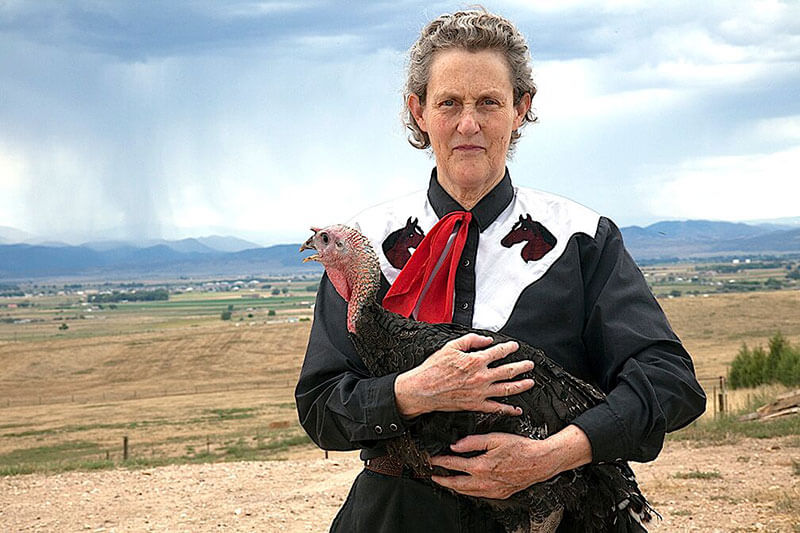 Do you have any advice for our readers?
Temple: When you see a door open, walk through it. You may not recognize that certain things may be a door to greater career opportunities. I recognize those early on, and it helped me. You might not see that working in a warehouse, where you learn to fix their scanners, you’re not going to be loading trucks very much longer. There are people in the meat industry who start working on the floor, learn every job in their department, learn every job on the floor, and move up to become a superintendent. In the meat industry for example, you can really go places. But you have to put your dues in, and start by working on the floor. One person might see that job as a door and work their way up. Another person might park their brain out in the parking lot, come in, do the job and then leaves. There’s two different ways to look at it.

If you’re young—whether you’re in the city or in the country, try a lot of things. See what sparks your interest.

One thing I want to clarify—for me, cows came first, not autism. Autism is an important part of who I am, but it’s not my primary identity. Being a professor for me comes first. The cattle came first. Maybe you like astronomy or tractors. Let that come first. Not your autism.

I want to see kids go out there and be successful. We have a huge shortage of skilled trades right now. We need those quirky kids that can figure out how to fix things.

Favorite meal?
Temple: Well, I really like steak. No kidding. But I like on it, this Brazilian sauce called chimichurri sauce. Asparagus, mushrooms, and salad with REAL olive oil and vinegar. Not this fake balsamic they’ve got now. And I like dark chocolate with some raspberry for dessert.

What are you reading/watching right now?
Temple: I read a really interesting book called Hillbilly Elegy that I picked up at the Dallas Airport on my way to Brazil this summer. It’s about a young guy who grew up in Kentucky with a poor background. Now he’s escaped that and is really successful. I love learning about different cultures. Very interesting insights. If somebody is going into social work, that book is required reading.

Newspapers, I like a little bit of everything. I like my news from a variety of sources. I still like to read it in print. When I go to the airport, I buy a Wall Street Journal, a New York Times because I like balanced news, and I read them both. That’s what I like. I read a lot of business magazines too. And I’m always looking at the job front in there, looking for careers for kids that might be different. Anything written about jobs. I want to help kids get into good jobs.