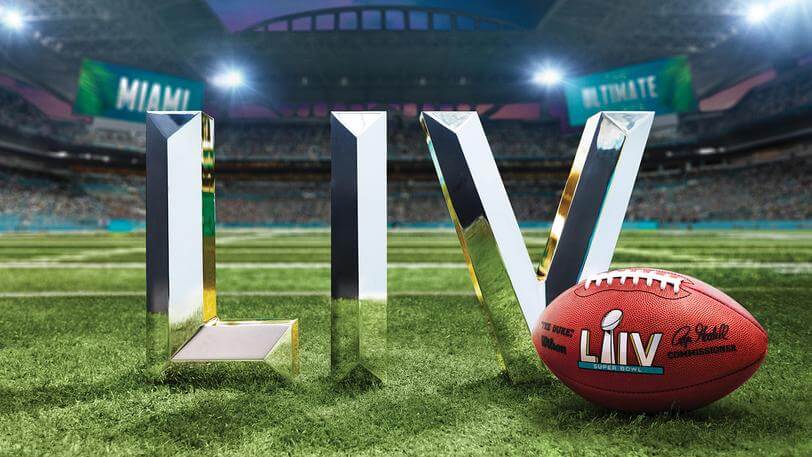 We don’t know who’s playing yet… but that does not mean you cannot start planning for the epic party that is about to happen. I know personally I am excited one team is not in it… not saying any names! 😊

Sunday February 2, 2020 is the day that Super Bowl LIV will be played at Hard Rock Stadium, Miami Gardens, Florida. One thing we do know is who is performing the halftime show, which sounds pretty epic to me… Jennifer Lopez and Shakira. Hopefully there will be no wardrobe malfunctions.

Depending on who ends up playing, if it’s your team, then its easy peasy! Once again, you can google it or go to Pinterest. There are people that are way more creative than me, but I will tell you about a couple of my favorites.

Get the green indoor/outdoor carpet, cut it to fit pretty much any rectangular surface in your house. Kitchen island, coffee table, dining room table, etc… Paint a foot ball field on it. You can either put your food out on it or people can eat off of it. Best part, when the party is over, roll it up, take it outside, hose it off, let it dry and pull it out again next year!

I personally like when the decorations match who is playing, so once that is decided. Get napkins, plates, and cups the colors of the teams playing. It just makes there be a little bit of color rather than just all green and brown. You also get to eye the people that are for the other team and have some fun trash talk later.

There are thousands of themed foods out there. Some take more time than others… The football stadium of tacos amazing! That requires quite a bit of effort and commitment, so just in case you are not that motivated some easier ideas are…

At our parties we usually have a ton of different finger foods. Everyone is always up and moving around, drinking a cold beverage and yelling at the tv. That’s hard to do with a plateful of food! There will always be some type of cheese dip (occasionally queso, if you are from around here, you know the difference).

Sausage Cheese Dip – 1lb. Spicy breakfast sausage, 1lb. Hamburger Meat (If you use super lean, use 1/2lb.), 10oz. HOT Rotel, and 32oz. Velveeta. Brown your sausage and hamburger meat, season as desired. Drain the grease and put in crock pot with the Velveeta and Rotel. Stir frequently. Serve once cheese is completely melted.

Wings – It doesn’t matter what kind, just make sure you have plenty of ranch, with some carrots and celery. You need to feel like you’re at least trying to stay semi-healthy.

Now nine out of 10 of us have to work the day after Super Bowl… so beverages are completely up to you. In my opinion you are watching football, so obviously beer has to be an option. At our functions we have pretty much a buffet to choose from, because we all drink something different and sometimes you just want to change it up. As far as mixed drinks go, have an open bar. That way people can make what they want. For the kids mix Hawaiian Punch, Ginger Ale, and Pineapple juice. Now that is a lot of sugar, I admit it… I am sure there are some others, but this one has been around for years.

We will end up having four or five of these going at our party. It gets super competitive and reaches the point of wait a minute, money for me or do I want my team to win?!?! They can come back from this its ok!

The rules are as follows:

I think I have one the pot maybe twice in my life. I’m not that lucky, but my friends and family always appreciate my participation!