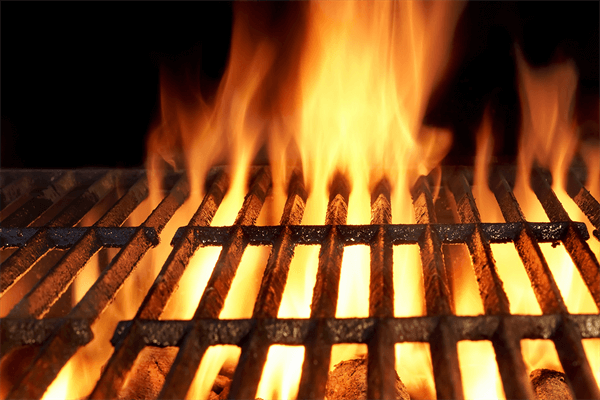 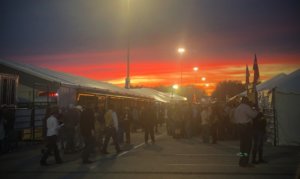 As the morning sun comes up the haze of smoke lingers across the parking lot of NRG Stadium. The smell of smoking meat lures the tastes buds from even miles away. Teams of professionals and aficionados have been away all night checking the wood and temperature of their pits, prepping for the next day’s menu and making sure their offerings to the BBQ gods are as perfect as they can be. This is the HLSR BBQ Cook Off.

Months in advance calls go out and social media posts are made across the gulf coast region of Texas by people hitting up their friends, co-workers, ex boyfriends and anyone that they think may have tickets to “BBQ”, ESPECIALLY if they are a GOLDEN TICKET to a team tent with open bars, concerts and unlimited BBQ cuisine that can’t be beat. It is an epic event to say the least. Three days of non-stop excitement to kick off Rodeo Houston. 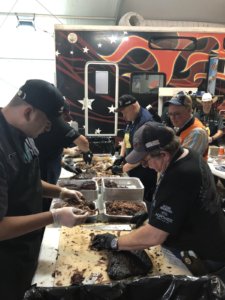 Last year 215,685 members of the general public and more than 250 teams of 10 – 50 people filled the parking lot between NRG Stadium and 610 over the 3 days of the event. Most Team Tents are accessible by invite only but there are many public venues for you to enjoy including The Garden, Rockin’ Bar-B-Que Saloon and the Chuck Wagon.  The Garden Stage is a great place to catch some of the best up-and-coming and established artists in Texas country and the Rockin’ Bar-B-Que Saloon features live and DJ music and has an outside patio for visitors to enjoy. The saloon is where you can find the Chuck Wagon, where visitors can pick up their complimentary sliced brisket plate with chips and beans.

There is a great lineup for the public venues this year. Neal McCoy, Mike Donnell, Bubba Westly, Jason Boland and the Stragglers, Kevin Fowler, Roger Creager, DJ DU, Braydon Zink, Randall King, Jon Stork and Jon Wolfe will all be taking the stage at either the Garden or the Saloon.

The World’s Championship Bar-B-Que Contest is specifically for the best of the best and is an invitation-only competition. How else would Houston, Texas hold a BBQ!