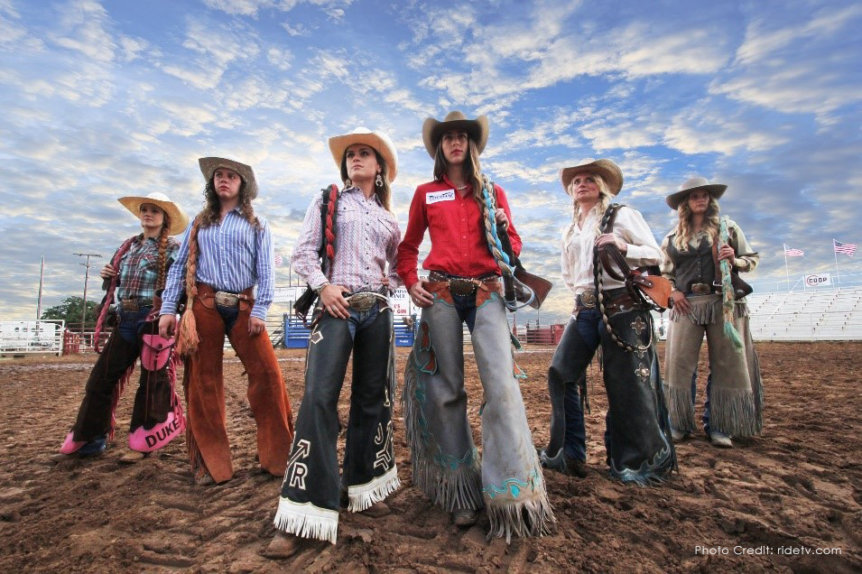 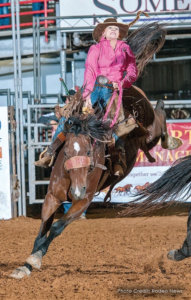 What has traditionally been a male-dominated sport since the late 1800s, women have now proven they have what it takes to compete in the dangers of Ranch Bronc Riding. It’s a game on the roulette wheel of survival to see who can hold on for 8 seconds atop a rank 1,200-pound bucking horse. These women, who come from all over the country, bring grit, determination, strength and grace to the arena dirt. They are the true definition of a Cowgirl.

Roughly two years ago, the Texas Bronc Rider’s Association (TBRA) launched the first organization for bucking horse riders only. Following that was the first organized women’s bronc riding tour and finals. Once there were enough women who agreed to the challenge, RIDE TV filmed the first ever TBRA finals and even got the inside scoop from a few contestants. The finals were a huge hit with the media which then let to a pitch for a TV series. Not long after, RIDE TV’s docu-reality series Cowgirls was underway. 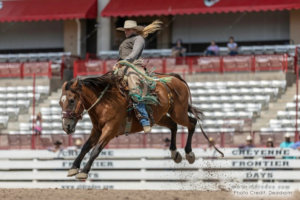 Six women journey together as bronc riders in the hit TV series Cowgirls and face various challenges that they must overcome in hopes of being successful. Competition, strength, willpower, bravery, and friendship are showcased throughout season 1. They approach difficult trials with poise and a positive attitude; lifting each other up instead of bringing them down. These ladies come from all walks of life yet they share a mutual love for the unique sport that brings them closer than ever. Aspiring to be the best they can be, these cowgirls are role models for young women all around.

So long to the boy’s club of bronc riding – these ladies are making a name for themselves.